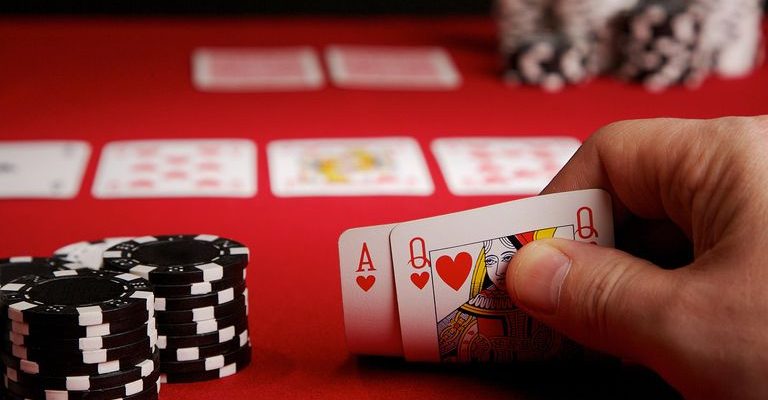 Learn how, when and why players are strictly allowed and disallowed to show their cards at various stages in a game of poker.

The obvious answer is no. A player should not and will not show their cards till such time when one has to in order to claim a win. A showdown compels showing of cards or revealing the hands of players who are still in the game. Those who have folded do not have to show their cards. Anyone still playing will obviously not show their cards, or the entire round of betting becomes futile. This does not mean some players cannot collude. Collusion is not very uncommon in poker. It is less common online at Pokerace99 as the players at a table may not know each other and there is no way they can connect through a digital medium, unless they are aware of participating in the same game.

When are you allowed to show your cards in poker?

You are allowed to show your cards in poker when there is a showdown. You are also required to show your cards when there is a suspicion of collusion or some other type of illegal practice. The legality or illegality of a practice, tactic or strategy depends on the particular game of poker. As you may be aware, there are different versions of the popular game, at land based casinos and online at Pokerace99. The house rules determine when and how a player is allowed to show their cards.

The rules of the game determine who should show their cards first. In many cases, the revealing starts onward from the small and big blinds. In some cases, the player to have the last raise or re-raise and hence no more bets were placed thereafter has to show their cards first. There are other variations as well. Check the rules of a specific game of poker to know the exact process of showing your cards.

When are you disallowed to show your cards in poker?

You cannot show your cards at any stage of the game unless there is a showdown. A player cannot show their cards if they have folded. The only exception is collusion or some other issue that may pop up. Some players reveal the cards they are folding. This can be a mistake or a tactic to let others have a peek at what the cards were. This can be done deliberately to create an impression in the minds of others, implying how a person plays and then one can go ahead to bluff in a myriad ways. This is more about toying with the minds of opponents and how they play rather than the rules of poker. Some house rules prohibit players from showing their cards if they have folded in a round.